Like the old favorite song goes: “Take me out to the ball game, Take me out with the crowd; Buy me some peanuts and Cracker Jack, I don’t care if I never get back…..take me out to a ball game”.

On our trip to Atlanta we filled our itinerary with typical touristy things, including a baseball game. Our first baseball game ever! What made this outing even more special is that it is the Atlanta Braves’s last season at Turner Field.

From the moment we stepped into the stadium we were mesmerized by all the people, the vendors, the hotdogs, the beer stands, the awesome layers of bucket seats creeping up into the skies, the face painters, the merchandisers and the PEOPLE. WOW!

The best part of this venue is the “old-time baseball atmosphere”. The beautiful buildings and the posters and signs up everywhere. I don’t have anything to compare this stadium to as this was our first ever baseball game but I just know this one is pretty special.

I saw all kinds of people attending this game, the “die hard fans”, the “sports fans”, the “plus ones”, the “new girlfriends”, the “bunch of friend out for fun”, the “tourists”, the “business men” and the “let me just do something tonight” people.

I love people watching and this is definitely the place to do that!

I now understand the craze of going to a ball game, it’s not just the game but also the atmosphere, the extra activities going on in and around the field throughout the game and the after game extravaganzas. There was never a dull moment!

Our seats were in the blazing hot sun so even though we had great seats, we could not use them all the time with our little “snow-white” baby girl, they make provision for that too, there are big shaded platforms behind the seats where you can find restrooms, food and drink vendors and a area to cool down (for us – heaven).

The game we attended had a post game concert, the country singer Chris Stapleton performed. I am not familiar with his music but after hearing some of his songs, I will most likely add him as a Pandora Channel (another post worthy subject).

Another highlight of the day was that my husband managed to end up with a home-run ball, hit into the stands. How many people can say that they caught a home-run ball at their first baseball game ever? Priceless. The Braves unfortunately did not win the game, but man oh man, we had so much fun! 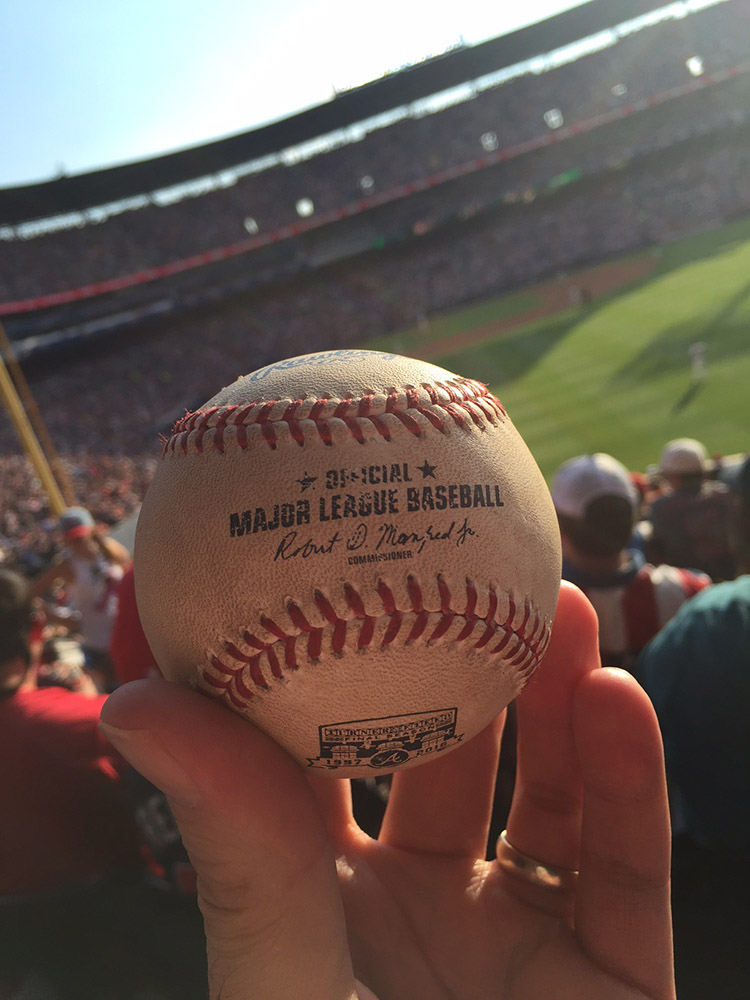 A definite outing to add to your itinerary when in Atlanta (while they are still at the Turner Field stadium).